Here is 2022, another year that has made us want and which has filled us with hope again, after a 2020 that taught us that anything can happen, for better or worse, and a 2021 that made us remember that cycles and change take longer than expected. The year that begins will also be made up of lights and shadows, which is why we exorcise it and celebrate it by recommending three photographic books on the subject. 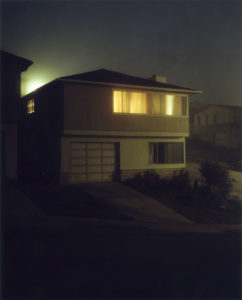 “If you want to take a photo, you don’t knock on someone’s door to ask permission”.

This claims Todd Hido, an American photographer who published in 2001 one of the most evocative books of contemporary American photography. The silent houses, immersed in the fog that settles on the suburban neighborhoods where squalor becomes poetic, and life shines through the lights on at House Hunting. You can guess behind the glass, but discovering it by knocking could break the magic.
“I take pictures of houses at night because I wonder what the families are in them,” Hido tells me. “I wonder how people live and the act of taking that photograph is a meditation.” A research that is a question without a definitive answer, a game of the imagination that leaves the door open to hypotheses. In these photos we can choose the story they tell behind the peeling facades, the plot is at our discretion.
The alienating effect brings back to these Christmas holidays that many have lived alone, or safely within the walls of their homes. The nocturnal winter that flows between these pages, however, promises a dawn or a spring, which we find in the next book. 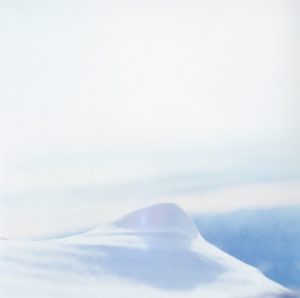 Published 10 years after Todd Hido’s masterpiece, Illuminance by Rinko Kawauchi is a book that talks about light in all its forms: absorbed light, reflected light, refracted, emanated, cut out, which dazzles and caresses, which reveals or surrounds, which describes or determines. Leafing through it is a little surprise every time, a holiday, a series of intense emotions in succession, raw and at the same time delicate, which summarize life, death and what seem occasionally miracles.
“In my photos there is never an event, I tell the newspaper. This is why I feel a sort of physiological affinity with 6 × 6: the square format allows you to circumscribe microcosms that have their complete meaning, their internal perfection, “says the Japanese photographer about her square images, which often also speak of perfect and imperfect shapes that interact with a regular frame.

Leafing through this book it is nice to recreate ever-changing sequences in one’s head, reinvent a narrative that could work in many other ways, mixing ordinary epiphanies that become extraordinary through his gaze.

Violent contrasts, black and white that fight in the frame like a ring to earn it and knock out the opponent, if we wanted to use a sports metaphor. Come to think of it, they might recall chess even better. Wanting to be more poetic, Ying and Yang that intertwine and alternate in a perfect balance of shapes and shapes that come to life, suggesting a direction, a movement, the passage of time.

Giorgio Galimberti’s images explore cities, beaches, places that become metaphysicals, where humans, like ants, live in a parallel world and interpret it as the wings of a theater around which the scenographer has wisely cut out the shapes. Together with the poems of Gianluca Nadalini, the photographs compose a symphony between the pages of George, published in December 2021, at the end of the year.

“I support collaboration like nails support pictures or leave holes in the wall, the poetry of normality is ready-to-use white stucco, it’s the swing that tells you to push your legs first forward and then backward, it’s easy, it should deliver the postman home; I will be stupid but always amazed by popular poetry, the one that never knows what happens, the one that sleeps at night with nightmares and dreams but laughs when falling asleep. ” (excerpt from a poem by G. Nadalini)

Last year we were looking for Ithaca and we hoped to find it, perhaps also to exorcise the fear of not being able to face a real journey in a world full of limits and barriers. Quoting a passage from Italo Calvino’s American Lessons, “Who are we, who is each of us if not a combinatorial of experiences, information, readings, imaginations? Every life is an encyclopedia, a library, an inventory of objects, a sample of styles, where everything can be continually reshuffled and rearranged in all possible ways. ” It would therefore come for 2022 to wish to have more and more experiences to reshuffle, in addition to the readings and imaginations that have saved us. If in doubt, this year it would be good to wish it rain; or rather, that it rains in that place that Calvino, inspired by a verse from Dante Alighieri’s Comedy (“Then it rained into high fantasy”) identified as the place where fantasy is born and nourished. Because “fantasy is a place where it rains in it”.