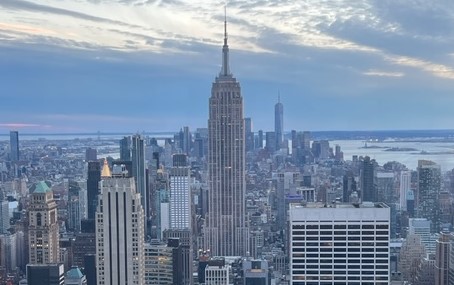 Back to New York, my personal photo tour

Until a few months ago, the very idea of ​​embarking on a trip to the United States would have seemed like science fiction. For various reasons, not least the difficulties associated with each move during the pandemic, my distance from New York, from work colleagues and also from his inspirations and suggestions seemed to have increased tenfold.
For my return to the city I decided to involve the readers of my instagram profile in a kind of virtual sharing, even if at a distance, in the various stages I had in mind. By linking them as much as possible, of course, to the theme of photography, albeit in a way, I hope, different from usual. For each stage, a photographic word and a particular piece of news.
That New York is a tourist destination as a location (here well-known films and TV series have been shot, famous scenes up to the iconization) is well known, but it is not always easy to discover the subtext of a photographic nature, even through simple curiosities. I hope retracing the journey here can give you some suggestions for your next visit to the city.
The first stop is perhaps the most touristic and commercial one; thanks to a company tour in the Nike store on fifth avenue (I recommend a visit, it is really a house of innovation and an incredible place), I thought was important to  mention the origin of the Jordan brand, deriving from a famous shot by the photographer Rentmeester which generated a legal dispute against Nike on the subject of uniqueness. It was he who inspired the logo that later became very famous, even if his photo was later reproduced and slightly modified, marking the end of his legal claims.

Even the new store dedicated to Harry Potter is able to drag the visitor into a parallel world and is worth a stop, both to photograph and to discover the authors of the visual world of Rowling’s saga. Which gave ample space to the themes of photography, to the point of including a reporter character (in the Italian version Colin Canon) in the saga.
New York must certainly be seen from above, possibly at sunset, from the Top of the Rock. It is true, there are more modern observation points of the city, but only from here can you truly breathe the grandeur of the skyscrapers of the roaring 20’s when thousands of workers were busy building a whole new city, which aspired to the sky. One of the most reproduced shots in the world is linked to this location, that of the eleven workers suspended while having lunch (Lunch atop a skyscraper) whose paternity is not clear (some say Ebbes but not sure), given the great photographic ferment of the moment. 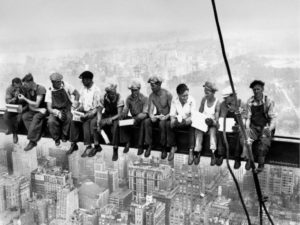 A day at the museum (whether they are Moma, Guggenheim or Metropolitan all are worth the visit) can also include a photographic tour (each museum has very interesting collections of vintage or temporary photos of great authors) but to represent the challenges of NYC I chose Professor John Draper’s daring experiment: he was the first, in 1840, to take a convincing photo of the moon from the roof of his NYU laboratory. The photo is now kept at the MET. 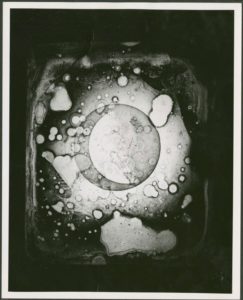 If you are looking for inspirations and stories related to art and photography it will be difficult to retrace the footsteps of Warhol’s factory (he changed at least four addresses and many of them have now been totally renovated or lost), but there is still the possibility of observe from the outside the legendary Chelsea Hotel, which for a while, among others (including Kerouac, Morrison, Arthur Miller) hosted in the smallest room of all a volcanic couple with a complex and radiant future; Robert Mapplethorpe and Patti Smith. Much has been said about their artistic and human collaboration and there are many books to suggest in this regard to retrace a unique era (the hotel is about to become a luxurious place far away from the common spirit that animated it in the 70s and 80s). 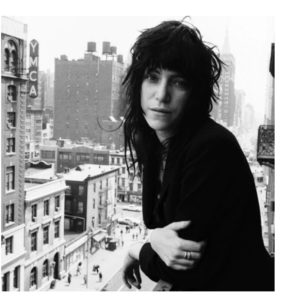 In a city that is always changing, the transformation of the Meatpacking area becomes emblematic, the old meat packaging area, now a renowned area of ​​luxury stores and daring architecture. The radical change of the place is documented by the New York photographers who shot here in the 90s. Excellent for example a comparison project between yesterday and today created by Brian Rose
If you want to take a detour into a real temple of photographic equipment, you can’t miss B&H at 420 on 9th. In addition to being the most impressive photography shop in the United States, it is considered a true bulwark for all the Americas, thanks to its many online services. And here of course you can find us too.

In no particular order, the following remain unmissable: the World trade center area, now also redesigned by the imposing space created by Calatrava next to where the twin towers stood; old Times Square at half-price ticket sales time for Broadway musicals (just behind the steps, from TKTS); Katz’s iconic pastrami sandwich; a quick brunch  in Balthazar; a lunch at the houseboat inside Central Park; a walk around Washington square which also includes a tour of the New York University bookstore and an espresso at Caffè Reggio, which has served them for more than a hundred years.
Before leaving for your trip, I recommend that you bring with you a collection of written letters that have New York as their theme (the author is Shaun Usher) to experience it also through the words of unforgettable protagonists. And Calvino returns again: “America (or rather New York which is a thing unto itself) is not the country of the unexpected, but it is the country of the richness of life, of the fullness of all hours of the day, the country which gives you the sense of carrying out an enormous activity even if in reality you combine little; the country where loneliness is unthinkable. “