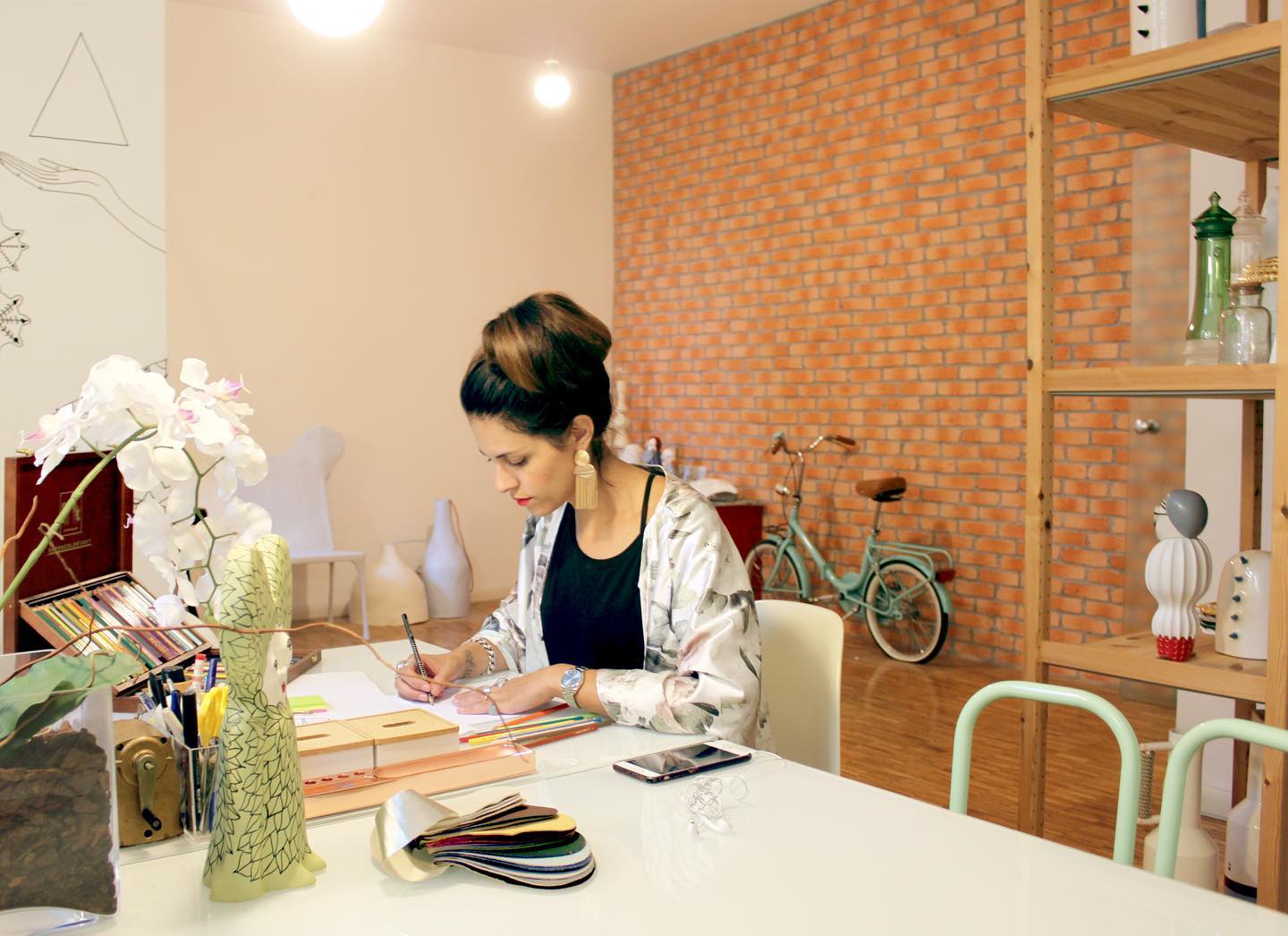 Elena Salmistraro: fantastic worlds and how to find them – at home

When I think of Elena Salmistraro I think of her ability to create fantastic worlds. In fact, to be a valuable and successful interior designer it is not enough to have a sense of form and the ability to transpose it into a beautiful and usable object, but you need a lot of imagination to take you far, towards things that have never been done and that have not yet been thought of, because , as they say, everything has already been done. 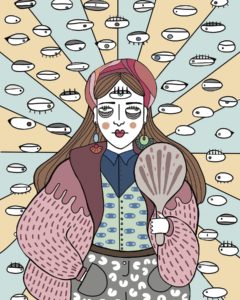 In Salmistraro the profession of the designer meets her being an artist since she was a child. “Almost immediately, apart from being very young when like everyone else I dreamed of being a dancer or singer, I realized that I wanted to be an artist. I was good at drawing since kindergarten and my farsighted grandfather took me with him to see the exhibitions “. A few years later, after graduating in Fashion Design, she graduated in Industrial Design at the Milan Polytechnic and the following year, in 2009, she founded her studio in Milan together with the architect Angelo Stoli.

In a still minimalist landscape, Salmistraro immediately decided to take a risk with courage and to bring her creative world into design objects, starting with ceramics and terracotta, a material dear to her right away and with which she inaugurates her artisanal production. . From the suggestions of the classic Sicilian Moorish heads encountered on a trip to the island of southern Italy, together with those of a documentary, the Primates vases for Bosa are born, colorful monkey faces embellished with gold that prove to be a success, with rows of people queuing to photograph it. 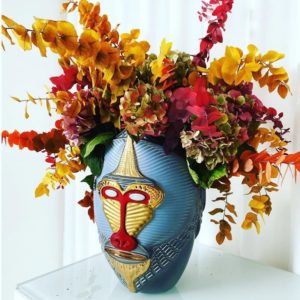 Everything for Salmistraro really starts from there, in 2017, so much so that that year Salmistraro won the title of best emerging designer at the Salone del Mobile in Milan, alongside Best Designer Philippe Starck. From there his collaborations with the best Italian and international brands multiply, for which he designs objects that are always different and surprising, experimenting with all materials, from wood to rattan, from glass to leather, from smaller manufacturers to brands such as Ikea and Nike, always with an identity made of unmistakable shapes, textures and colors.

Each object designed by Salmistraro comes from a lot of research and a syncretism of inspirations that come from the animal and natural world, from the epic, from dreams, distant suggestions that inhabit everyday objects, bringing the exceptional, the unusual, the unexpected within the ordinary. Thus Polifemo becomes a wardrobe in wood, copper and iron and the timeless Disney classics take on new forms.

In these days and until next April 23, on the occasion of the Milan Designers Week, you will find AMOR FATI, the interpretation of Elena with her “dreamlike imagery, hyper-decoration and eclectic language” by Cappellini, at the showroom in via Santa Cecilia. Central, “the theme of the active acceptance of destiny as a virtuous tool to face existence, its transience, randomness and unpredictability: accepting this condition with openness and positivity, one embarks on a path of happiness and greatness, necessary to overcome difficulties and achieve your ideals. ” Because the design must always have fallen into his time.