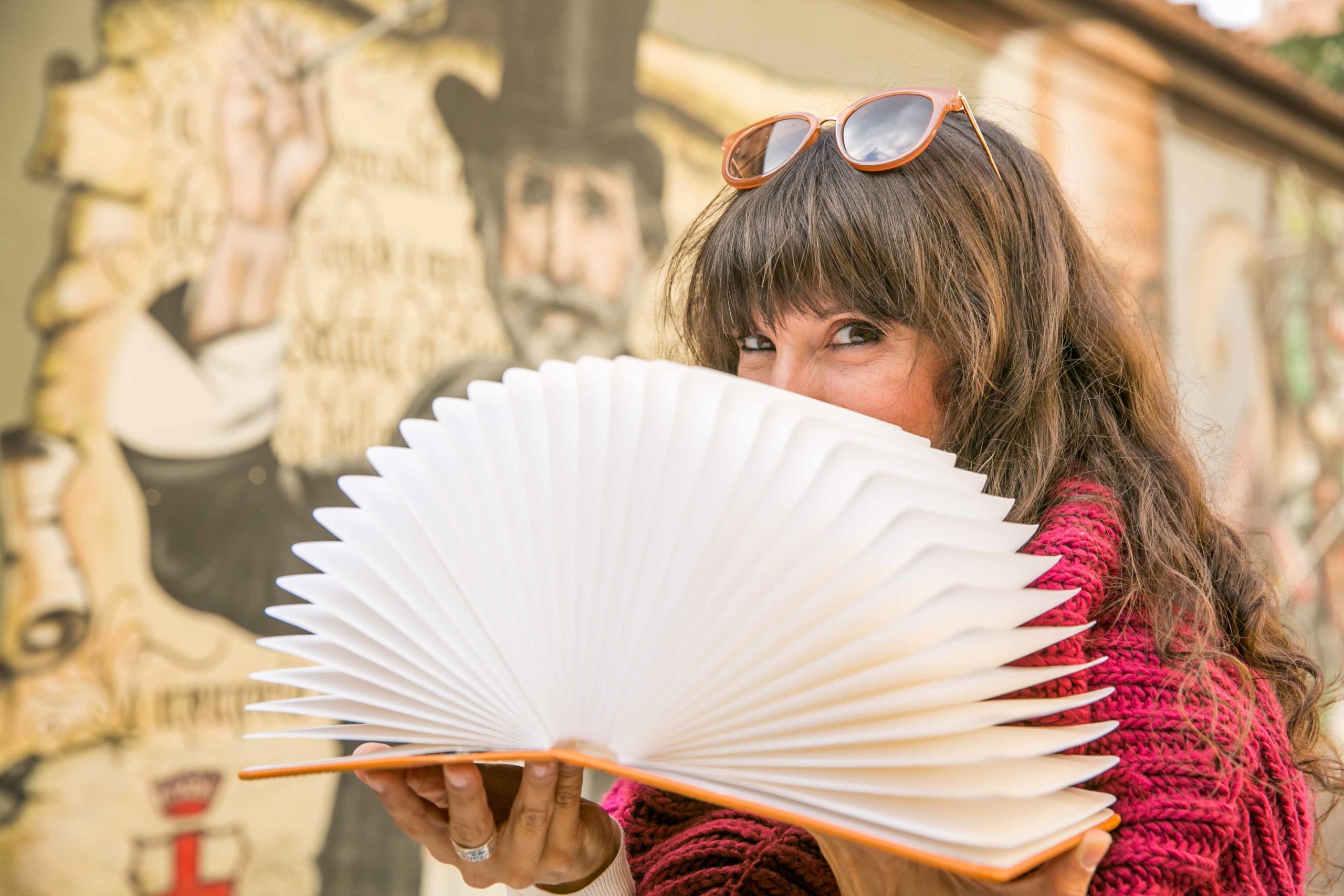 Everything the books tell us: searching for inspiration with Stefania Ciocca.

There are lives that seem made on purpose to become, without even the help of a bit of fiction, perfect plots for a book, a film, in short, a story to tell. Looking at them carefully, the life of each of us, even the most apparently boring one, if well scripted, could lend itself to the purpose. We realize this when we retrace certain periods and moments with our mind to share them with those who do not know us, or ask us about us: it is only by broadening the perspective that we realize its coherence in its drifts, and that the more or less wide circles sooner or later they always close.

The life of Stefania Ciocca, for example, begins with the memories of the stories invented every evening by her father to make her fall asleep, and, as she herself says, “it is paved with books”. “The very first job I had at 19 was in a bookstore, I had just finished high school and I had taken a sabbatical,” says Ciocca, who now works at the Hoepli bookstore in Milan, in the children’s section, while carrying on the her role as a consultant for schools and professionals in every sector in search of inspiration and tells herself on Instagram and on her website, where she introduces herself as a ‘photographer bookseller’. Between one shelf and another there was in fact a career as a photographer with a passion for “the stories that are shown as they move”, theater and cinema. “I studied theater literature and started as a stage photographer at the Accademia della Scala”. Moving on to events, she then looked for new ways, until she intercepted her final destination, through photography: this is how her project “Facce da booksellers” was born, dedicated to independent bookshops in Milan and to those who passionately animate them, followed by the decision to go back to the shelves.

“If you don’t read it, you don’t sell it” is one of his mantras. It is with his return to the bookstore that, following this need, Ciocca discovered the world of picture books, rediscovering his entire professional career in them. “In a few images and in a few pages, with the help of words, the picture books tell and evoke worlds: my mission is to make them known also to adults who carry on different professions, so that they can find inspiration”. There is a ‘prejudice’ that makes the illustrated book a product for children, but for Ciocca it must be dismantled. “An adult, like a child, sees and appreciates the beauty of the story represented, but he can also recognize what he has experienced, putting his emotional baggage in the interpretation and in the white spaces, much more than what is possible in adult fiction. . “

“I teach you to find where you haven’t looked,” he promises on his Instagram profile. And in children’s books, Ciocca assures, often there are hidden ideas and suggestions that one would not expect. “My way of thinking is transversal, I have worked in various fields and under the commission of people who come from extremely different worlds,” he says about his role as a consultant. “The winning element is usually the comparison with the person in front of me, whom I always deepen with questions.” One of those he poses to those who are more indecisive is ‘Where would you like to go?’, Because books are destinations in their own way, or, to put it with Harry Potter, ‘passports’. “For example, when I need to feel in a place or a certain atmosphere, I try to choose a book that is consistent with that type of destination”. And then there are those who enter the bookstore looking for something specific, and then end up finding something else. “As they say, it is Serendipity”.

Ciocca likes to define each book as an ‘event’, especially in response to those who consider reading a passive, solitary and boring activity. For many simple pastimes, the book or the illustrated register are first of all a way to activate their imagination, but they also become opportunities for relationships and encounters: from the firmacopie in the bookstore to the reading groups in which each volume is discussed with several voices and it becomes a vehicle for confrontation and dialogue, up to the relationship with oneself. “The book,” explains Ciocca, “is above all a tool for personal and professional growth.” One of his favorites is not surprisingly The Secret Garden, described by many as the metaphor of an intimate space in which to cultivate oneself and one’s personal attitudes.

That the book is a vehicle for relationships is also demonstrated by the meeting between me and Stefania Ciocca, which took place right between the shelves of the Hoepli bookshop, in the heart of Milan, where I was looking for ideas and inspirations. Great-grandfather Federico Serrani was a great lover of literature and travel, and Federico Serrani’s collections of photographic bags and backpacks were born under the influence of some classics, thanks also to the contribution of Stefania Ciocca: from the Montecristo collection, inspired by the famous Count by Alexandre Dumas, to the black and brown leather backpacks and photographic bags dedicated to the queen of mystery Agatha Christie, to the collection named after Emilio Salgari, animated by the same spirit of adventure as the characters it tells, especially in The Queen of the Caribbean. Each book is an event, an opportunity for relationships and growth and, above all, a source of inspiration, which can be interpreted by everyone according to their own history and professionalism.

From your inspired friend,