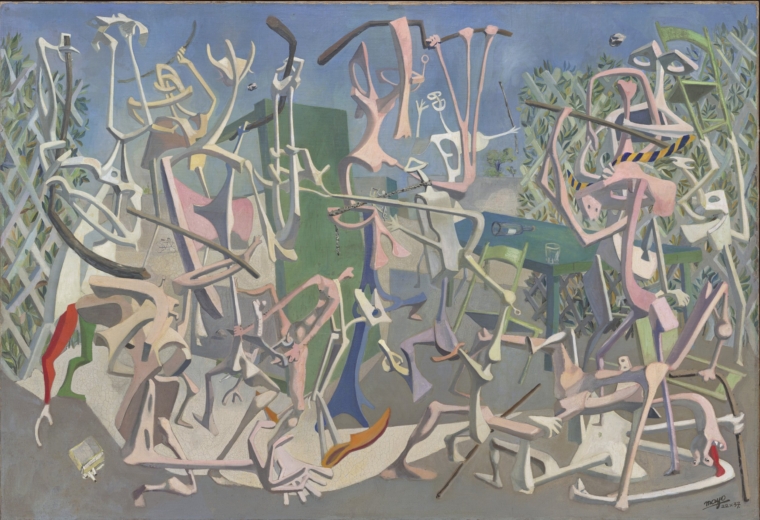 Exhibitions that bloom in spring

Spring is blossoming today, inaugurating one of the best parts of the year, and in recent weeks many exhibitions in Italy and abroad are also opening. FrameS has identified the most interesting and collected them below to allow you to plan some escape based on art and photography with the arrival of summer.

In Vizzini, Catania, at the Museum of the Verghiano Imaginary, La secret mania was inaugurated on March 20. Verga 100. On the occasion of the centenary celebrations of the death of Giovanni Verga, 95 works are exhibited until 18 September with the aim of recounting an unprecedented aspect of the great writer: his passion for photography. We would like to point this out to you first, since as you know Federico Serrani’s inspirations are born at the crossroads between photography and literature.

In Milan, as always, the offer is varied: at the Invernizzi Gallery from March 9, The critical eye has opened: curated by Davide Mogetta, it is part of the series that began with The musical eye (2014) and continued with L’Occhio Cinematico (2016) and L’Occhio Filosofico (2018) and in this chapter turns his gaze not only to the works but also to those who want to show them. “The critical eye is, of course, that of the critic: that of those who intend to show the works to others, which indicates their presence and deepens their reading. But a critical eye must also be able to be the eye of the beholder who observes the works of art, unhinging the obvious and the acquired that there is in looking. ”

The Galleria d’Arte Moderna presents, at the opening of the Milanese Art Week, from Tuesday 29 March to Sunday 3 July, the exhibition As Above, So Below, a personal exhibition of new works by the artist Elisa Sighicelli, an unpublished story dedicated to the deposits of the Milanese museum, which develops through a special exhibition, conceived by the artist herself along the five rooms of the Villa Reale dedicated to temporary exhibitions – 25 images including photographic prints on paper, a print on plaster and two sculptures from the sculpture depot of the GAM of Milan.

At the PAC, on the other hand, again from March 19, curated by Diego Sileo, the first solo exhibition dedicated to the Polish artist Artur Żmijewski, WHEN FEAR EATS THE SOUL, will be inaugurated, a selection of historical and recent works, including three new works specially designed for the exhibition and produced by PAC – such as the new film inspired by the scientific cinema of the neurologist Vincenzo Neri and the photographic series Persons, a long photographic mural in black and white from which human figures emerge that have the appearance of refugees, men and women surrounded by darkness and desolation, inspired by the many refugees on the Polish-Belarusian border during 2021, unfortunately current with the Ukrainian question.

In Turin, the exhibition Masterpieces of modern photography 1900-1940 is certainly worth a visit, which brings the Thomas Walther collection from MOMA in New York to CAMERA until 26 June. It is a selection of over 230 photographic works from the first half of the twentieth century, absolute masterpieces of the history of photography made by the great masters of the lens, such as the Americans Alfred Stieglitz, Paul Strand and Walker Evans or the Europeans Karl Blossfeldt, Brassaï, Henri Cartier-Bresson and August Sander, without forgetting but rather underlining the central role of women in early modern photography, with works by Berenice Abbott, Marianne Breslauer, Claude Cahun, Lore Feininger, Florence Henri, Tina Modotti and many others.

Going down towards Bologna, at the Civic Archaeological Museum of Bologna until 17 July 2022 it will be possible to visit the LUCIO DALLA exhibition. Even if time passes, conceived on the occasion of the tenth anniversary of the death of the great singer-songwriter. At MAMbo, on the other hand, until May 1st, the exhibition dedicated to Italo Zuffi, Fronte e retro, will be available in the cycle of exhibitions aimed at promoting contemporary artists. Works will be exhibited at MAMbo starting from the beginnings, in the mid-nineties, up to 2020, while in the Palazzo De ‘Toschi the new productions and the most recent research. In Parma, however, you will find Lucio Fontana. Self-portrait, curated by Walter Guadagnini, Gaspare Luigi Marcone, Stefano Roffi, at the Magnani Rocca Foundation.

In Rome these are the last days (until April 9) to admire the Letizia Battaglia, Vintage Prints exhibition at the Galleria del Cembalo, forty small-format prints selected by the photographer herself from her archive, together with Alberto Damian and Matteo Sollima, curators of the exhibition , and Made between the seventies and the beginning of the nineties of the last century. Among the many exhibitions at MAXXI, unmissable Scarpa / Olivetti, Songs of a shared history, curated by Elena Tinacci: drawings, photographs, documents, publications testify to the extraordinary twenty years of collaboration between Carlo Scarpa and Olivetti, of which we too had talked about in this article dedicated to the shop in Piazza San Marco in Venice.

At the Gagosian Gallery, until May 7, the Paintings of the artist Pat Steir are on display, one of the few of the few women in the limelight in the New York art scene of the 70s, who pours, sprays and brushes the diluted paint on the canvas, often doing it on a monumental scale, drawing inspiration in part from the randomness used by John Cage as a compositional strategy in music and influenced by Chinese ink painting and calligraphy and by the thought of Zen Buddhism and Daoism.

If at the Scuderie del Quirinale, also in Rome, you can visit until 3 July “Superbarocco. Art in Genoa from Rubens to Magnasco”, organized with the National Gallery of Art in Washington, right in Genoa, at Palazzo Ducale, from 27 March to July 10 admire “Superbarocco: the form of wonder. Masterpieces in Genoa between 1600 and 1750”. In Vicenza, on the other hand, in the Publifoto Archive of Intesa Sanpaolo until April 18, the photographic exhibition Come We’ll be available free of charge. The Italy that reconstructs, while in Trieste, at the Warehouse of Ideas, in the collective I, Lei, the Other. Portraits and photographic self-portraits of female artists by Guido Comis you can also admire the images of Marina Abramovič.

In Switzerland, in Lugano, unmissable James Barnor: Accra / London – A Retrospective until 31 July at MASI, in collaboration with the Serpentine Galleries of London. This is the largest retrospective ever dedicated to the photographer James Barnor, who in his career has been an extraordinary visual witness of the social and political changes of his time – from the independence of Ghana to the African diaspora to the life of the African community in London. Also in Lugano, Vedo Rosso, from the Giancarlo and Danna Olgiati Collection, from 25 March until 12 June.

In Denmark, at the Kunsten Museum of Modern Art Aalborg, in the collective MARBLE there will be, among many others, works by Vanessa Beecroft and Pistoletto; in Paris “Love Brings Love”, an exhibition that the Palais Galliera, the Paris fashion museum, is presenting until 10 July, with which 46 fashion houses pay homage to Alber Elbaz, the Casablanca designer who disappeared for Covid-19: from Givenchy to Dior, from Armani to Stella McCartney relives a show in her honor organized last fall. Six Parisian museums are dedicated to Yves Saint Laurent, to celebrate 60 years of fashion by the legendary couturier who changed the way of dressing with his collections (Musée du Louvre, Center Pompidou, Musée d’Orsay, Musée d’Art Moderne de Paris, Musée National Picasso and Musée Yves Saint Laurent).

At the Musée de l’Orangerie, on the other hand, an exhibition is scheduled to rediscover the decorative art of the Impressionists, a little known but compelling aspect of their work. “Painting the walls has been my life’s dream,” Degas said. Monet himself defined the Water Lilies cycle as his “grandes décorations”. At the Musée d’Orsay, on the other hand, the career of Antoni Gaudí, one of the most brilliant architects of the early twentieth century, is retraced, one of the exponents of modernism and many of whose works appear on the UNESCO World Heritage List.

In London, the Surrealism beyond borders exhibition is organized by Tate Modern, in collaboration with the Metropolitan Museum of Art in New York, one of the largest and most complete exhibitions dedicated to Surrealism ever organized to date. In Amsterdam we will have to wait until spring 2023 for the retrospective dedicated to Johannes Vermeer at the Rijksmuseum, but in the meantime, until March 18, you can enjoy Bill Brandt, The Beautiful and the Sinister, at the FOAM museum. We have already given you some information on New York, but we still suggest Tomás Saraceno: Particular Matter (s), multisensory exhibition at The Shed until April 17, Jean-Michel Basquiat: King Pleasure at the Starrett-Lehigh Building in Chelsea and A Trillion Sunsets: A Century of Image Overload at the ICP.