Exhibitions you cannot miss from October

(on the cover: Luigi Ghirri, Versailles)

October is a month that from the point of view of photography reserves exhibitions and spaces throughout Italy, starting with the Photofestival in Milan which, now in its 17th edition, invites us to “Start over from images. Investigations on reality and interior gazes “, until October 31, and until October 23 another unmissable review, that of the Festival of Ethical Photography in Lodi, among 20 exhibitions spread throughout the city by international photojournalists who investigate the contemporary world , talks, workshops and, from this year, for the first time also the official exhibition of the prestigious World Press Photo photojournalism award, with over 150 images. 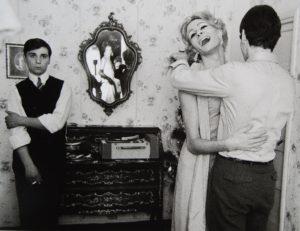 In Turin you can’t miss – and you have until January 22 – the exhibition at the Gallerie d’Italia “Lisetta Carmi. Suonare forte ”, a monographic exhibition dedicated to the nearly 100-year-old photographer who recently passed away. Curated by Roberto Koch, this is the first of the many events that will be dedicated in the coming months to the masters of the twentieth century. The title refers to Lisetta Carmi’s training and career as a successful pianist, whose images are in fact also accompanied by the music of composers Luigi Nono and Luigi Dallapiccola, but also to her ability to give voice to the last, between social struggles and commitment. political: divided into eight sections, you will find over 150 images of his best reports dating back to the sixties and seventies, from the series on the world of transvestites to that on childbirth, up to his focus on work. “I photographed to understand,” he said, with respect to his second life and soul, dedicating his gaze to the weakest and absorbing all possible teachings from them. “I refused the role that women were asked to occupy, transvestites made me understand that we all have the right to decide who we are.” 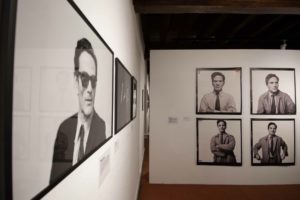 At Villa Manin, Passariano di Codroipo, in the province of Udine, one of the numerous exhibitions that in 2022, the centenary year of his birth, were dedicated to Pasolini. This is entitled “Pier Paolo Pasolini. Under the eyes of the world “, and shows us the intellectual, writer, poet, director and all that was, through over 170 rare or even unpublished portraits made by Italian and foreign photographers – including names such as Richard Avedon, Henri Cartier- Bresson, Duane Michals and many others – in addition to the places that have been the setting for his life and his works. As the curators of the exhibition explain, “Pier Paolo Pasolini was probably the most photographed artist of the twentieth century. From the early 1950s, when he arrived in Rome, until the days before his death, he was caught in hundreds of situations, both public and private, as if the photographic lens had chased him in every moment of his life. The curiosity around Pasolini as man and artist has unleashed cameras all over the world. ” Accompanying the portraits and photo shoots are documents that contextualize them, from newspaper clippings to video interviews, together with the voice of Pasolini himself, which strengthens his presence, already sensitive in this collection, in his looks and poses, up to until next January 8th.

Going down towards Emilia, at Palazzo Santa Margherita, Modena, headquarters of the Modena Visual Arts Foundation, the exhibition “Luigi Ghirri and Modena. A journey backwards ”, part of the schedule of events that celebrate the photographer throughout the course of 2022, 30 years after his death, another important anniversary for Italian culture. Modena represents for Ghirri, born in the province of Reggio Emilia in 1943, the city of his adolescence, where he received his artistic and cultural training, from the collaboration with local artists such as Franco Guerzoni, Carlo Cremaschi, Claudio Parmiggiani, Giuliano Della Casa, to activities in the publishing field, with the adventure of the Punto & Virgola publishing house, and curators. Sixty photographs, volumes and archival documents for a journey through time in the youth of the master of the Italian landscape.

Exhibitions and events rest of the world:

Roe Ethridge in ‘Objects of Desire: Photography and the Language of Advertising,’ LACMA, Los Angeles Until 18 December