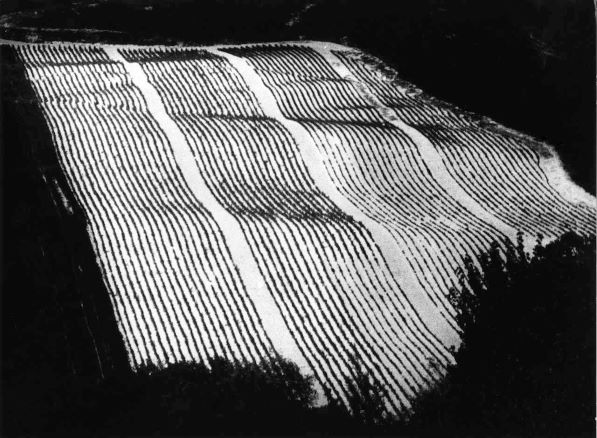 In recent weeks we have heard about the Marches above all for the tragedy that hit them in the form of a flood, devastating the territory and the lives of the inhabitants. The photographs should never be reread or bent to meanings, but if we think of one of Mario Giacomelli’s first photographs, that of the shoe on the shore of the beach that is lapped and dragged by the water, we cannot fail to recognize the exceptional evocative power that perhaps its author would never have wanted to give it. “Before each shot there is a silent exchange between object and soul, there is an agreement so that reality does not come out as from a photocopier, but is blocked in a timeless time to infinitely develop the poetry of the gaze that is for me form and sign of the unconscious », he argued.

Born on 1 August 1925 in Senigallia, Mario Giacomelli is famous above all for his black and white paintings and for the graphic abstraction of his images, “inherited” from his first work experience as a boy in a typography when he was 10 years old and lost his father and rolls up his sleeves to bring home what the family needs. He approaches photography around the age of thirty, and passing through portraits and still lifes he arrives at landscapes, through which he tells us for a lifetime the land in which he was born and raised, building and inventing a new image of those spaces – and, to own way, even land art. «A good part of these landscapes have been created, and I started doing landscape interventions since 1955; I intervened on the landscape because … you do not find anything that strikes you … then if you find before your eyes an image that just needs a correction, an addition of signs, lines, holes, that chance or the farmer did not know how to do it, so I will intervene ». By drawing on the snow and on the ground, with the help of farmers, and using aerial photography, he transforms his Marches into a conceptual work.

From his beginnings as a photographer, in the early 1950s, when he met Ferruccio Ferroni, also a photographer, and the art critic Giuseppe Cavalli took him under his wing, inserting him into the Misa Photographic Association, 11 years passed: it was in 1964 that The photographer’s career changes, when the director of the photography department of MoMA in New York, John Szarkowski, inserts him among the names of the exhibition The Photographer’s Eye – including Walker Evans, Henri Cartier Bresson, Robert Frank and others – and acquires some photographs from the Scanno series and the splendid work on seminarians in I have no hands to caress my face. His fame grows, but Giacomelli always remains deeply rooted in his own land, which he continues to choose for experimentation and research: he travels around Italy, between Abruzzo, Puglia and Calabria, takes a trip to Lourdes, always reluctantly moving, he prefers to return to Senigallia, exploring it from the sea to the hinterland, but this does not mean it does not continue in its artistic evolution, and the physical interventions on the skin of the fields give life to different series of Landscapes: Metamorphosis of the earth, The earth that dies, Awareness of nature , Le mie Marche.

«My images – he says – always bring love-respect towards man, that is the man who dreaming has sown wheat or something else. In the earth there is the passing of the seasons and the man as he breathes … from my photos you must feel; there are the wrinkles of his face, but also the marks of his hand. In some of my landscapes there are the same folds that can be seen if one takes a magnifying glass and looks at a hand; this work of man is as if magnified with a large lens in the earth ».

«Photography has helped me to discover things and to interpret and reveal them. I tell the knowledge of the world, in an interior architecture where the vibrations are a continuous flow of moments, of liberating adventures as a total expression where I feel all the completeness of my existence ». Since he was a boy, Giacomelli paints and writes poetry, and this will always be reflected in his way of doing and talking about photography. In the same way, many of his photographic series are inspired by the poetry and story of writers and poets, from “A Silvia” by his fellow countryman Giacomo Leopardi, to the works of Eugenio Montale, to the Anthology of Spoon River by Edgar Lee Masters, and other. «After all, photographing is like writing: the landscape is full of signs, symbols, wounds, hidden things. It is an unknown language that one begins to read, to know the moment one begins to love it, to photograph it. Thus the sign becomes a voice: it clarifies certain things to me, while for others it remains a stain ».