“As the readership swells and the need for communicative art-writing skyrockets, we notice that – although some art-texts are well-informed, imaginatively written, and genuinely illuminating – much contemporary art-writing remains barely comprehensible”, writes Gilda Williams in first pages of his text How to write about contemporary art. It is not easy to talk about contemporary art, or at least to do it well, with competence, making the subject understandable even to non-experts, but this is not impossible, nor is there just one way to do it.

Gilda Williams, in the pages of this interesting book, useful for anyone who wants to improve their writing skills, and not only in the artistic field, explains that to express themselves in an original way, but above all usable and enjoyable, without being incomprehensible, ridiculous or pretentious, it just takes a lot of exercise. And he adds: “If there’s one single best reason to learn to write well about art, it’s because good art deserves it. And sharp art-writing can make art-viewing all the better. “ 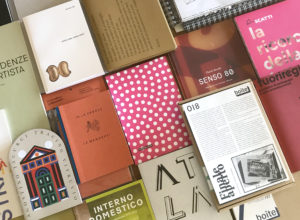 Talking about contemporary art is perhaps among the most difficult things, in fact, but as Williams says, good art deserves it. The ability to disseminate in this sense, without being didactic on the one hand and exclusive and exclusive on the other, is a challenge that requires not only knowledge of the subject, but also the ability to put oneself from the point of view of those who are not an expert. , to give access to something splendid, interesting and able to talk about the time in which it was born, offering a new point of view, without allocating it to a few.

I believe that Boîte, the research and editorial production studio linked to contemporary art founded in 2009 by Giulia Brivio (1981) and Federica Boràgina (1986) and which until 2017 published the homonymous magazine in a box, has been able to center this goal and fill a void. In a limited edition of 250 copies, the magazine Boîte came to light a couple of times a year, and investigated in a handful of loose sheets and small inserts, each time different, contained in a cardboard box, the paths of the art of Twentieth and twenty-first centuries, “in the belief that all art was contemporary” and in each issue dealing with a topic from different points of view and voices, with words, drawings and photographs. 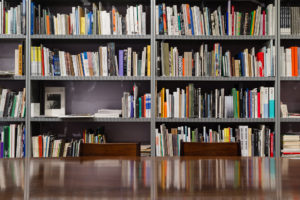 Giulia Brivio, graduated in Visual Design at the Noésis Academy and graduated in Sciences and Technologies of the Arts at the Catholic University of Milan, today continues to animate Studio Boîte, which since 2014 has also published artist’s books, and carries out other related curatorial projects publishing for the Lugano Choisi bookshop and exhibition space, as well as producing photographic books for the Artphilein Editions publishing house. “I have always loved art, especially contemporary art,” says Brivio, “but I never wanted to be an artist. Since I was a child I have always loved writing and I always thought that I would like to connect these two worlds. The various encounters I had in life then led me to the artist’s book. “

Producing them means working alongside the artists in the creation of what is a work of art in all respects: “It is not the documentation of another artistic project, but it is a work that is born in the form of a book. in the form of a painting or sculpture “. And with their cost often lower than other types of works, they can involve more people within this world and market. “The contemporary artist’s book,” explains Brivio, “was born with the idea of ​​reaching a wider audience with an affordable price, unhinging that art system that has always been linked to galleries and collectors with great financial resources: Edward Ruscha , considered the father of the artist’s book, he sold his works to gas stations for a few dollars. The utopia of the sixties and seventies of bringing art to all homes was not so realized. Today, however, with the reduced costs of new printing technologies and their increasing production and diffusion, perhaps a wider audience is reaching it. “ 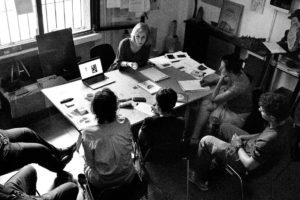 Boîte’s dream is also to reach an increasingly diverse audience. It was from this desire that the collaboration with BASE Milano was born in 2017 in the curation of The Art Chapter – Milan Art Book Fair, a fair where not only books are sold, but which becomes a meeting point between publishers and artists, allowing of a network of Italian and foreign collaborations and meetings that can always generate something new. “Both for us and for the people we come into contact with, it is an opportunity to look at the reality that surrounds us in a new way: and at this moment I think we need it even more.” 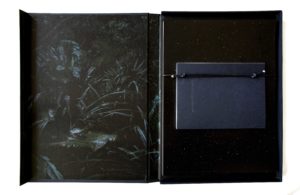 After an uncertain first part of 2020 made up of postponements and reflections, Brivio has announced an explosion of new projects: from Sleepless Stories, a book of drawings by Marta Pierobon, included in the “domestic surrealism” project started in 2017 by artist, who takes up a line of painting whose protagonists at the time were precisely women, although still few recognize it, in De uma estrela à outra, a book of photographs and poems by Silvia Mariotti, which reflects in her work on the twentieth century and converses with the Brazil of Giuseppe Ungaretti and Bruna Bianco. 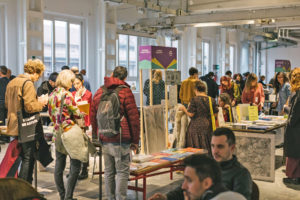 “In recent months, Federica and I have been able to better frame our mission: Studio Boîte was born to communicate contemporary art by tying it to history: we would like to continue, through the individual characters we meet in books, to talk about languages ​​that also have historical importance. For us, making a book also means reviewing a path in the history of art that is important now: history always teaches us. “