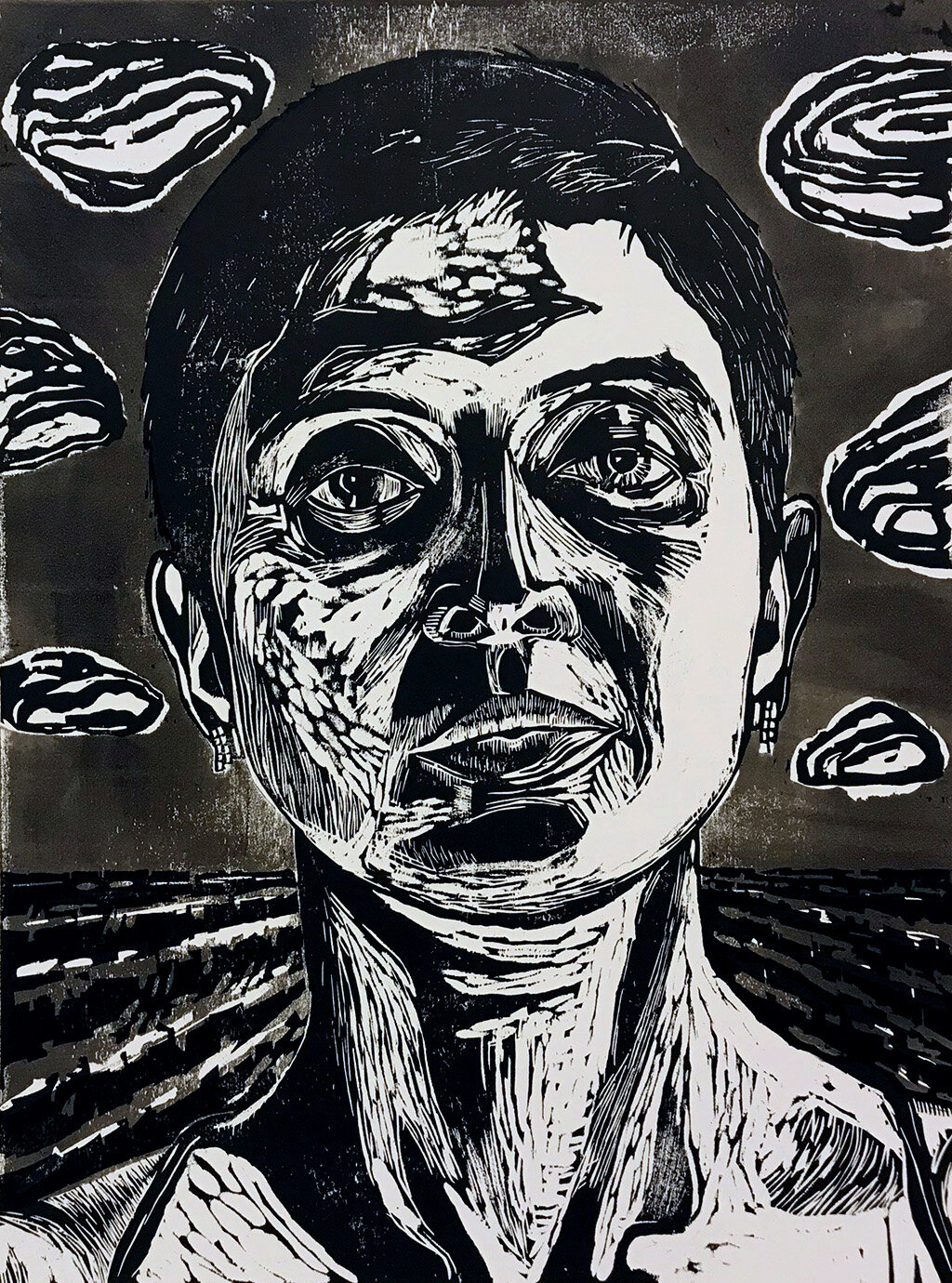 I came across the spaces of GATE44 by chance, or rather, thanks to the invitation of a friend who was an auctioneer for one evening: an exceptional auction of artist proofs between photography, painting, illustration, which it started from a popular figure and that for one evening made me feel happy to live in a place like Milan, where these things have finally begun to happen again.

Introducing me to the small exhibition set up for the occasion and some of the gigantic machinery that helped to create those works is Glen Lasio, a 34-year-old artist and printer born in Milan to an Italian father and an American mother, who approached the days of middle school in these techniques (struck by Keith Haring and the illusion of being able to change the world with art, in particular with graffiti) and who continued to experiment with them around Europe and the United States, before returning to Milan and opening Gate44 in 2016 , from 2020 in the spaces of via Privata Treviso 21, in the far north of the city, beyond Loreto, between viale Monza and via Padova, for those who chew on local geography – between Cimiano and Turro, for those who orient themselves above all by the subway.

GATE44 presents itself as a collaborative engraving studio providing large format limited edition prints and artist books: Glen’s goal was to break with the standard of the artist who spends time working and creating in the company of himself, in a solitary quest. Starting from those techniques that date back to the time of Gutenberg and that Pop Art has recovered and revisited, marking contemporary art, he wanted to create first of all a place where art becomes a community, thanks to the presence of professionals and creatives who give all over the world come to experience a residence that enriches both, and events in which the goal is to get art out of the usual niche, to open it to everyone.

“I am by nature multifaceted and curious: we are not a gallery, I do not have a curator program and I always appreciate transparency and sincerity in communication. When I see a creative who hits me with and transports me, my first instinct is to want to show him to others as well “. Photojournalists, illustrators, painters, whether via Instagram or in some exhibitions around the world, the important thing is that language is able to leave something behind. From there comes the contact, aimed at proposing something independent, which never has the aim of pleasing an audience, but the genuine impulse to explore. From artists who have just come out of academies, with a general smattering of the press, to artists over 70 years old who have already run in, but 90% of women need to be assisted.

“For reasons very different from mine, they asked Duchamp why he had produced so little in his career: he, who created some of the most significant works of the twentieth century, replied: ‘because I was lucky enough to be born rich and I don’t owe myself repeating ‘, as if to say:’ my colleagues make the market, I make art, and making art is not an industrial process’. ” For Lasio, art is a way of life, a process to reach the truth, and not something to be reproduced in an infinite series – series yes, but still limited to smaller numbers. “We are looking for a quality, small and meaningful production.”
The long-term goal for Glen is to become publishers of art prints, and therefore not to have to be paid to produce, but to select and have his own proposal to disclose to the public. The logic and politics of the market from art are very far from what interests him, he wants to change that mentality based on exclusivity that he sees now prevailing.