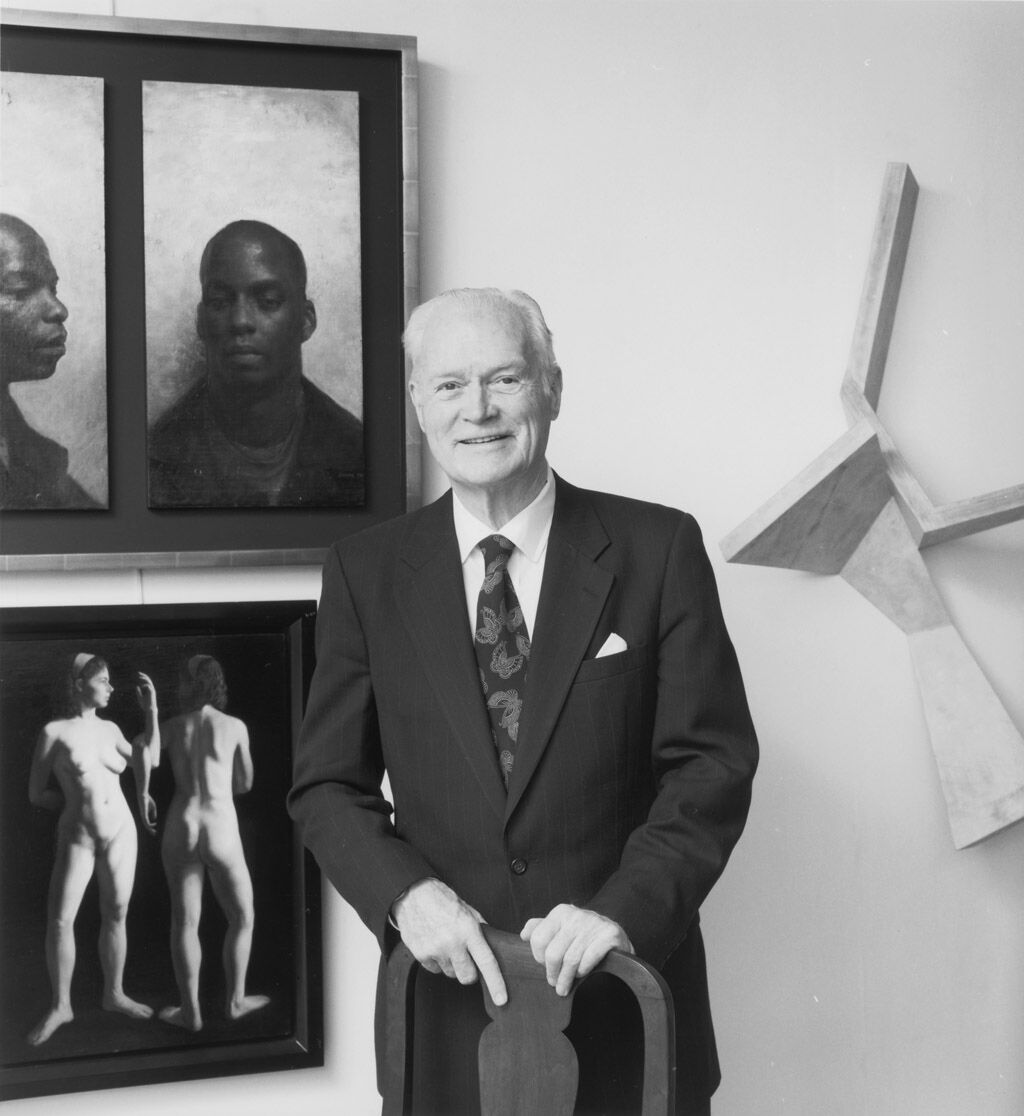 “Mr. Baker was a tall and reserved man, prone to self-irony and gifted with the extraordinary ability to seem detached and affable at the same time. Known as ‘the collector of collectors’, he decided in the mid-fifties that ‘it would be useful and challenging to buy the work of living, young and as yet unsettled [artists]’. At the time he referred to Jackson Pollock, Franz Kline and Hans Hoffman. In the early 1960s it was Roy Lichtenstein, Robert Morris, Richard Tuttle, Andy Warhol and Frank Stella; in the Seventies by Robert Bechtel, Ralph Goings and John Baeder. ”

Thus opened the article on page 41 of the New York Times by Roberta Smith on January 27, 2002, which greeted the death at the age of 89 of one of the greatest collectors of all time. Richard Brown Baker, born in 1912 in Providence, began collecting the works of emerging artists from the 1940s, making his own masterpieces ranging from Abstract Expressionism to Pop art before they were recognized as such. Basquiat, Pollock, Rosenquist but also Alberto Burri and Jirō Yoshihara. Unfortunately, Rothko, Bacon and Still missed them. 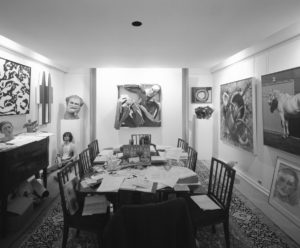 Today most of the pieces he collected are kept at the Art Gallery of Yale University, where he graduated in 1935, and at the Museum of Art, Rhode Island School of Design in Providence, the city where he was born and where he worked as a reporter. for several years, before moving to Madrid as the private secretary of the American ambassador. With the Second World War, first as an analyst and then as a foreign affairs expert, he began to collaborate with the CIA in Washington, until he left his job in the secret services to devote himself completely to painting and collecting on the streets of New York. It seems that his father, a lawyer, insisted, proposing to keep him to indulge his passion: he collected azaleas, his wife and daughter stamps.

Baker, manners and almost noble appearance, had never married; on the other hand, starting from childhood, he compiled a diary every day, with great care, aware that once those texts disappeared they would be his inheritance. In those pages, the collector noted his encounters and his relationship with many of the artists he had followed from the beginning of their career, seeing in them a potential that was later expressed with international fame. According to his notes, he made his very first purchase while visiting Providence in April 1941. It was a watercolor by Adolf Dehn, entitled Sopris Peak. “I liked it and it wasn’t too expensive,” she wrote in his diary, concise as ever. It was only in the mid-1950s that he began to report in detail in his diaries, evaluations and decisions on the works to be purchased.

The Baker method consisted in a long reflection before the purchase and in the almost maniacal evaluation of any doubts, more related to the figures than to his own choice, since the economic aspect, since it never sold any of its acquisitions. He was also not lacking in a competitive spirit: when he was able to win a work that he knew a rival would want to include in his collection he was very proud of it, even if the greatest satisfaction was in seeing the bet made on the emerging ones, in particular, won. with abstract art. While his friends told him that even a child could make those paintings, he recognized their value and helped to mark their future. 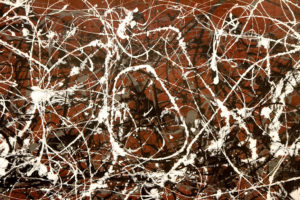 “The interest I have developed in twentieth-century art and painting in particular,” he wrote in one of his diaries in 1954, “is of primary importance to me; it is an outlet for my aesthetic approach. However, through my purchase of oil paintings and watercolors by living artists, I know I have made a contribution, however small, to the cultural life of this country ”. In fact, Baker was convinced that artists should be able to keep themselves alive thanks to their works, thanks to someone who would trust them by investing in their work. “Millionaire collectors who spend a fortune in the international market to acquire the works of famous artists are also very important,” he wrote again, “but if art in America is to be able to sustain itself, there should be individual collectors of my scale, people who they put their money back to their own personal taste. ”

In 1956 he bought Jackson’s painting Pollock Number 13A: Arabesque, along with works by other artists who would become some of the most important of the time. It is not an easy job to launch an artist, as well as risky. “Success in economic terms,” ​​he wrote, “comes when collectors begin to copy each other.” In his case, however, it was a question of investments that were difficult to secure, which therefore provided for more moderate sums and total confidence in one’s own taste, in the hope of stimulating the demand for an artist and increasing his value, without being carried away by the desire to possession and always wondering if and when the choices are dictated by vanity. This is how a conscious collector thinks, even if, he wrote in 1955, “Collecting is like a virus. It attacks you, and it spreads ”.

“Bill Congdon’s painting,” he still wrote in December 1954, “haunts my thoughts since I saw it four days ago. The desire to own it devoured me. I struggled with the decision to buy it the way you fight a cold, knowing that it would grow stronger anyway and that I couldn’t resist it. I purposely kept away from the gallery on Thursday and Friday, thinking that maybe the painting would be sold in the meantime. This afternoon I passed by again … I returned to the Betty Parsons Gallery, where the absence of a red star revealed to me that the painting has not yet been sold. And then I realized I was condemned. It was inevitable to make an offer ”.