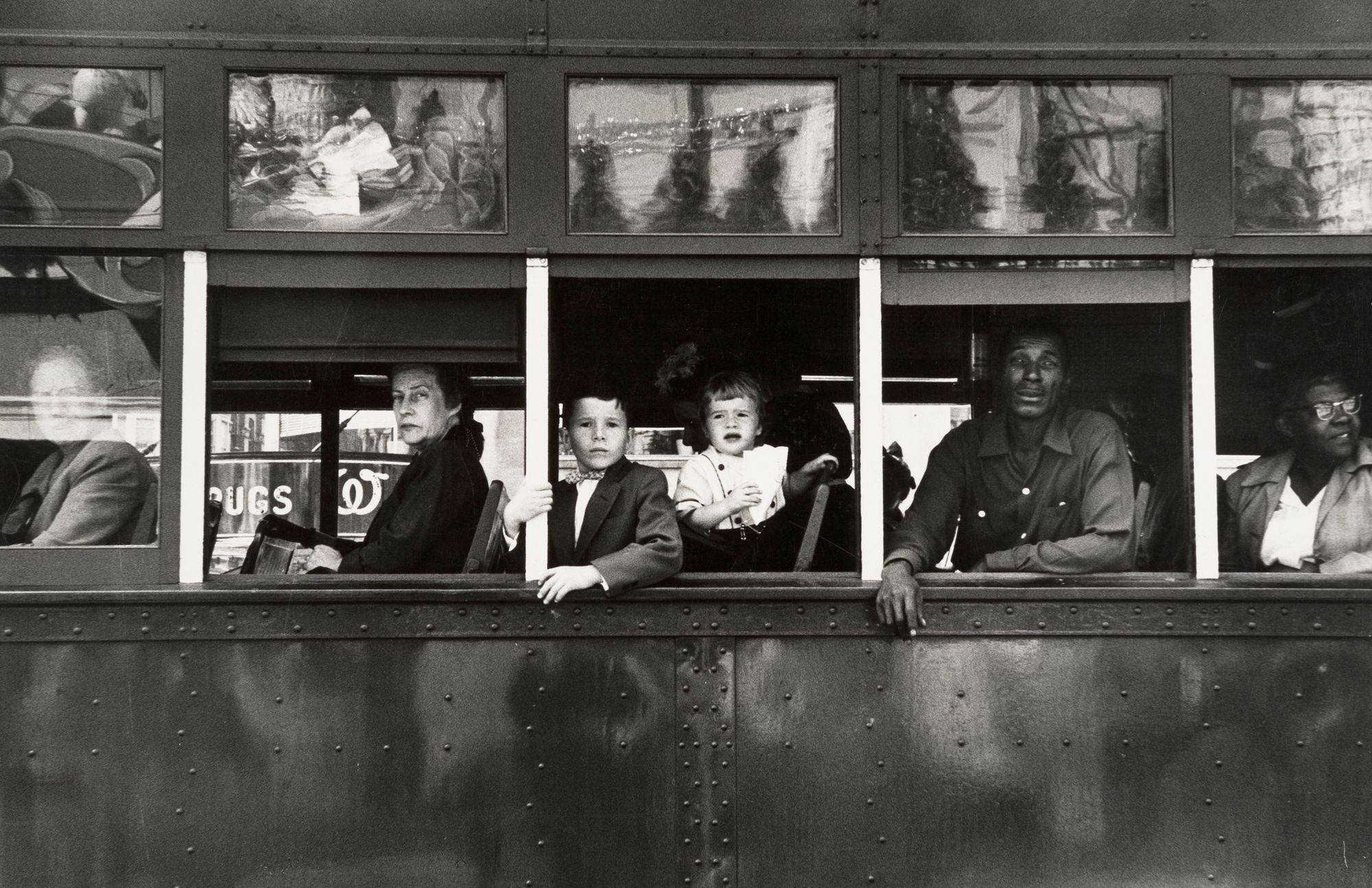 In recent weeks, the images arriving from the United States have given us an air of hope and renewal. With the parenthesis of Trumpism closed, which will leave its effects visible and invisible for some time to come, many of the images that tell the story of the overseas country focus on Washington, on the face and eyes of those who will be responsible for a new course, eyes that smile together to the mouths hidden by the masks. And in fact, in a few days of presidency, Biden has already shown that he intends to row in the opposite direction, erasing some traces of his predecessor.

What has changed in the photographs of the last four years from those taken by Robert Frank, besides the color films, the lack of masks, the clothes and the cars? There is certainly more violence. Sixty-five years later – yes, a lifetime has passed since that trip of his in 48 states between ’55 and ’56, in an old second-hand Ford Business Coupe, which forever changed reportage and the way of making photo books. – much is still relevant, however, and those images have not aged, neither in style nor in certain symbols they carry with them.

At the time Frank, who passed away in September 2019 at 94, was just over 30, was fed up with the fashion photography he had worked for since his arrival in New York – he was from Zurich – and, pushed by the master Walker Evans, he was candidate to receive a Guggenheim scholarship with this motivation: “When an American observer travels abroad, his eyes see in a new and fresh way […] and the reverse may be true, when a European eye sees the States United […] I want to make photographs that can do without words and make any explanation useless ”. He was the first European photographer to receive the scholarship.

Of those 24 thousand photographs taken on a road trip that we can only imagine with a certain romanticism that he would not appreciate, he selected 83. They ended up in a book, Les Américains, published by the Parisian publishing house of Robert Delpire in 1958, and the ‘year later in The Americans, for Grove Press, in the country they told, with the introduction of the writer friend Jack Kerouac, with whom Frank had traveled along Florida.

“With the agility, the mystery, the genius, the sadness and the strange reserve of a shadow, he photographed scenes never seen before on film,” writes one of the fathers of the Beat Generation, speaking of a cowboy rolling a cigarette in front of him. at Madison Square Garden in New York, a tribune of politicians who think about their own business, retired old freaks on a bench in the bustling main street leaning hunched over their sticks and talking about welfare. A raw portrait full of melancholy, far from the style of those years both in the shots and in the sincerity.

In 2009 the Met in New York, fifty years after the publication of the first American edition, organized a major exhibition dedicated to Frank, his 83 splendid images and a cross-section of America. One of the museum’s custodians, Jason Eskenazi, took the opportunity to contemplate those photographs for two months, almost daily, to reread the sequence and to question the visitors of the exhibition – often critics, photographers and insiders – about their image favorite and why. With method and patience he collected these 275 precious testimonies in a book, The American List, in which we discover that the image most dear to Alex Soth is the view from the hotel room taken in Butte, Montana, that Paolo Pellegrin has chosen. that of the girl in the Miami Beach elevator.

The favorite of Martin Parr and Frank himself is San Francisco, the one where you see the city in the background, and in the foreground, cut out, the black spouses looking into the camera. “It’s such a cutting edge photograph, and it shouldn’t work, which is why it’s so compelling,” Parr explained. It was a hard time for Frank to forget. Annie Leibovitz chooses Route 90, towards Del Rio, Texas, Josef Koudelka the car covered in Long Beach, California, Alex Majoli and Duane Michals the car accident. For Majoli every photographer, at least once a year, should reread this book, for Michals that particular photo is “the quintessence of sadness”.

“I found,” Eskenazi writes, “that many of their answers revealed more of the photographers themselves [than of Frank].” The contrasts of wealth and poverty, the racial question, the loneliness, the American flag and the symbols, the uncertainty of tomorrow lost in the gaze, life that flows and death. Another era but the same atmospheres of today, more delicate and with a lower volume, contradictions, hopes and disillusionment. “Robert Frank,” wrote Kerouac in the introduction, “Swiss, discreet, cute, with that little camera of his that he pulls up and clicks with one hand, he pulled a sad poem from the heart of America and fixed it on film, so he became part of the company of the great tragic poets of the world. To Robert Frank now I am sending this message: YOU GOT EYES “